My First DNS (did not start) Race at Run Uro

For almost a year, my body clock has always been set to wake up at 4am on Sundays, ready for long runs.  After the Bataan Death March 102K Ultramarathon, lazy Saturdays and Sundays have been so enjoyable.

This Sunday should be different, I am registered at the Run Uro race for 6K. This will be my time trial on how fast I can go after an ultramarathon so I chose the shorter distance.

The event is sponsored by the Urologist Association of Doctors as fund raising for their Medical Mission in May.

I’ve set my alarm to 3:30 am. Assembly is at 5am and I would need more time for travel.

Dang! it’s 5:30 when I woke up. I panicked and called Len. Nah, she’s definitely running by this time or is at the assembly area. I decided to go, hoping the gun start is at 6 and ours could be at 6+ Worse, I can just treat it as my morning run.

I arrived at the place and parked. I walked going against the runners’ flow. I saw Dol and Mimi and the rest of the TBR Dream Marathoners – Black Pencil Project (TBRDM-BPP) runners. *** (Everyone is treating this as their recovery run.) I walked further until I saw Len. I ran with her until the finish line for about 2 kilometers. After the finish,we walked and ran back to add some more. – and took pictures of the TBRDM-BPP runners.

Doc Nina-she tops the doctor-female category for 10K but timer is messed up so awarding was on hold. We'll hold a press con once she gets the award, right? 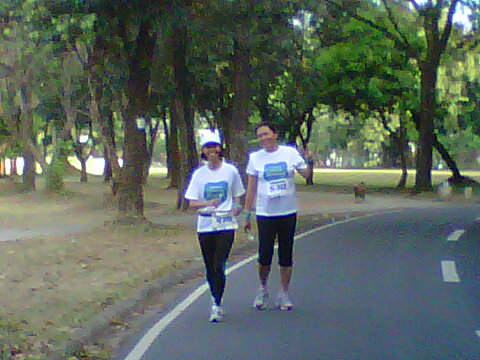 Jordee and Klong and another runner

A guy who requested for picture. Hmm he’s not my fb friend so hopefully he comes across this.

Me and Dol in UP

That was a fast 2K running with Helen and a slow 2K watching runners approach the finish line.

I couldn’t say much about the race since I did not run it.  Except for it being very simple and that there is FREE taho! Congratulations to the Organizers.  I hope you were able to gather enough funds for the medical mission.

Running for a cause really makes each stride worthwhile. (My new Marathoner friends of the TBRDM-BPP would a be a testament.)

It was a good short morning run:  I’ve missed out on mileage but gained new friends and a few more pounds. 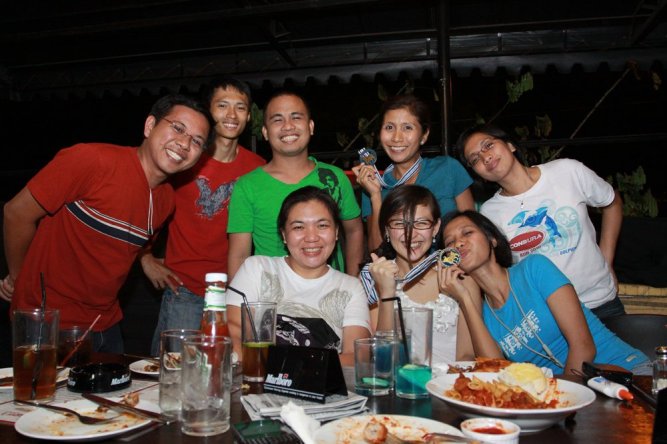 TBR Dream marathoners-Black Pencil Project Runners. Congratulations new Marathoners! They were able to raise around P80K from pledges from friends. 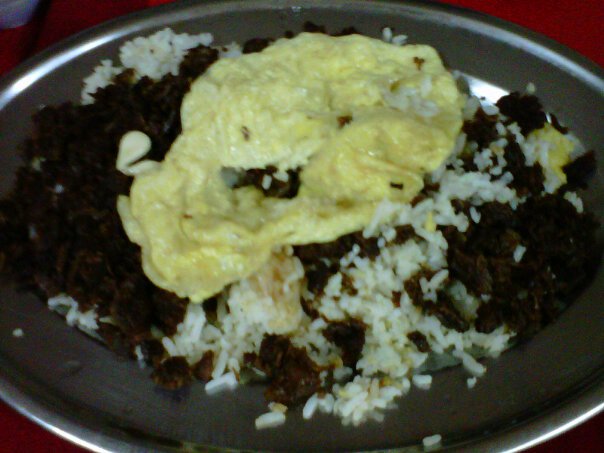 Changing The World, One Pencil At A Time: Run For Pencils Project (The Bull Runner Dream Marathon 2011)

First-time marathoners and running enthusiasts ran the Bull Runner Dream Marathon 2011 on 20 March and the Unilab Run United 1 and collected pledges for cash donations to the Black Pencil Project for every kilometer they ran. They ran to realize their own marathon dreams and be instruments of hope to enthusiastic children who wish of experiencing education.

Cash donations will be used to procure school materials and make proper appropriations based on the community or project requirements. A school for the Mangyans in Mindoro will be the beneficiary.  Todate, they have gathered P80K plus of pledges.